Monument to the Fallen Flower Market, 2018 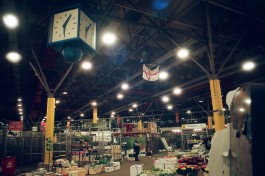 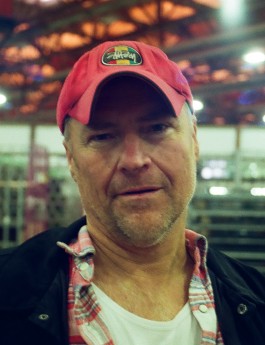 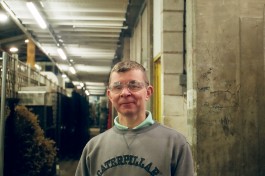 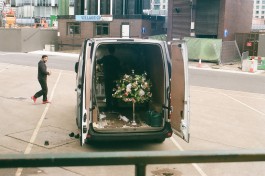 ‘Hammer & Anvil: Stems’ was developed into an essay film and installation, including a sculptural homage to the building now usurped for luxury flats. The structural element alludes to monuments commemorating partisan fighters and is accompanied by three red carnation flowers replaced throughout the exhibition period. These symbolise the possibility of worker unity and even speculate on a potential revolutionary spirit of the displaced. The video interviews various flower sellers, who reflect on their unclear futures, transitioning into a smaller, semi-permanent space. The language they use, often positive of necessity, causes the viewer to perceive how capital force acts on citizens, making them unwitting accomplices in that which is destroying their personal habitat.