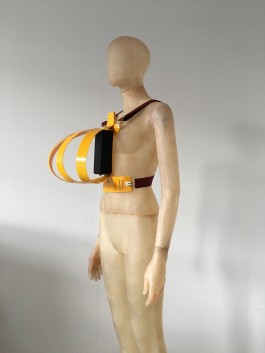 Big tech assumes many voices and agents into its profit streams and bodies: the polyphony of its users growing a small number of structures, analogous to a character in Shakespeare’s works, Falstaff, who has a protruding stomach. As the character states: “The young Prince hath misled me. I am the Fellow with the great belly, and he my Dogge.”

The largeness and largesse of the noble sidekick’s persona, his wit and folly, contributes to his enlarged corpus, just as the corporate body grows as a result of the words and thoughts of its bountiful users. The figurative sculpture realises the abstract cloud, and abstract trading, more as a humanlike growth than watery effenescence.

Although Falstaff is not comparable on the scale of danger, it is his garrulousness and moral ambiguity corresponded with a protuberant middle that feels relevant. One could also take the reverberating lute – a resonance organ of vibration - as a relateable model of multiplying roundness, here also influencing the sculptural form.

Audio from individuals in native languages, all recorded via social media platforms. 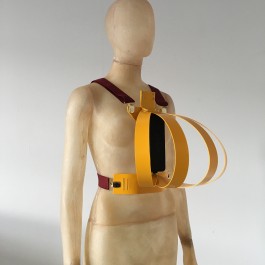